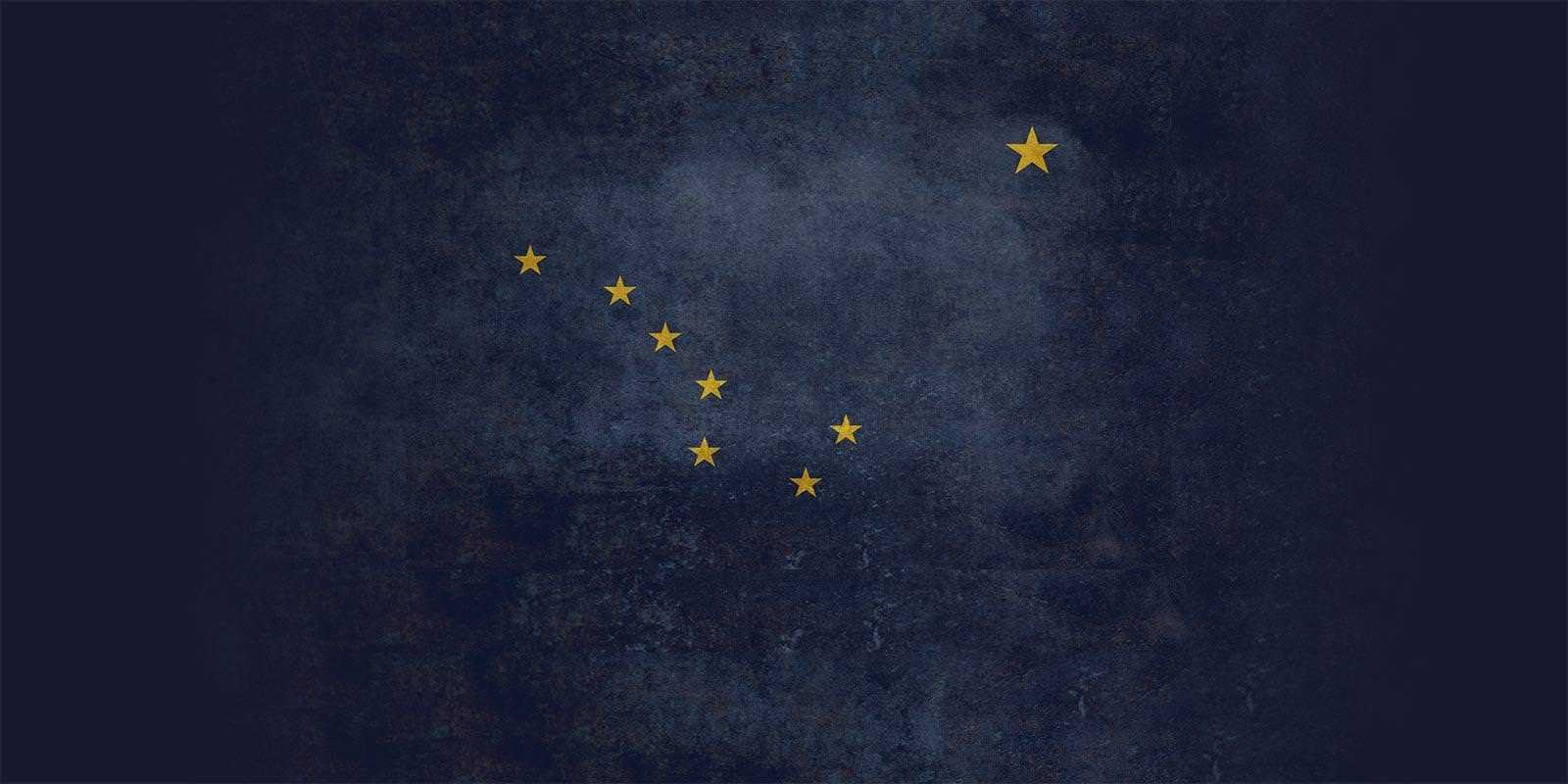 Alaska First reached out to Threshold a mere seven months before the 2014 midterm elections. The political action committee (PAC) was starting from scratch and wanted Threshold to brand their organization and build a responsive website that could them help deliver their messaging. They needed to be up and running, fast.

The goal was to make the Alaska First's brand instantly recognizable as signfiicant to Alaskans, as well as to help them identify with the 2014 election in an effort to get out the vote. The website was designed in parallel to be clean and minimalist, allowing for the site's content and message to take center stage. 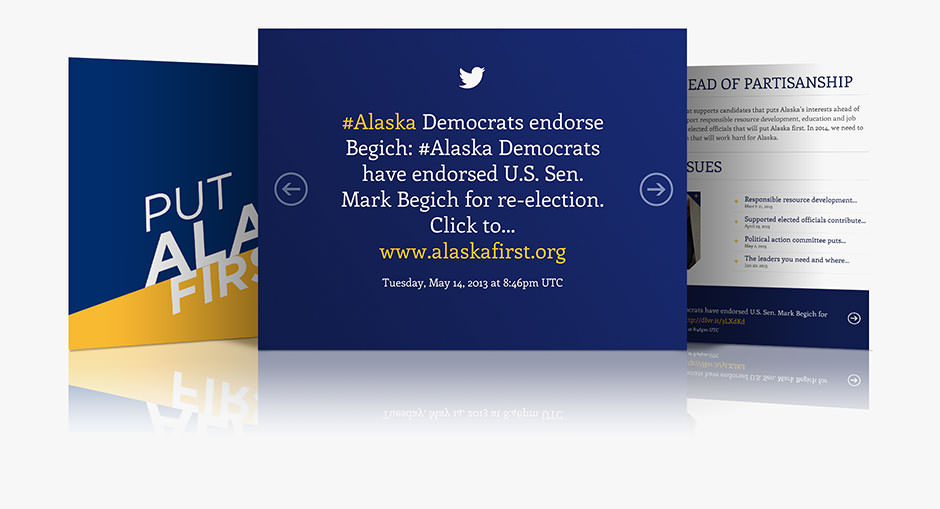 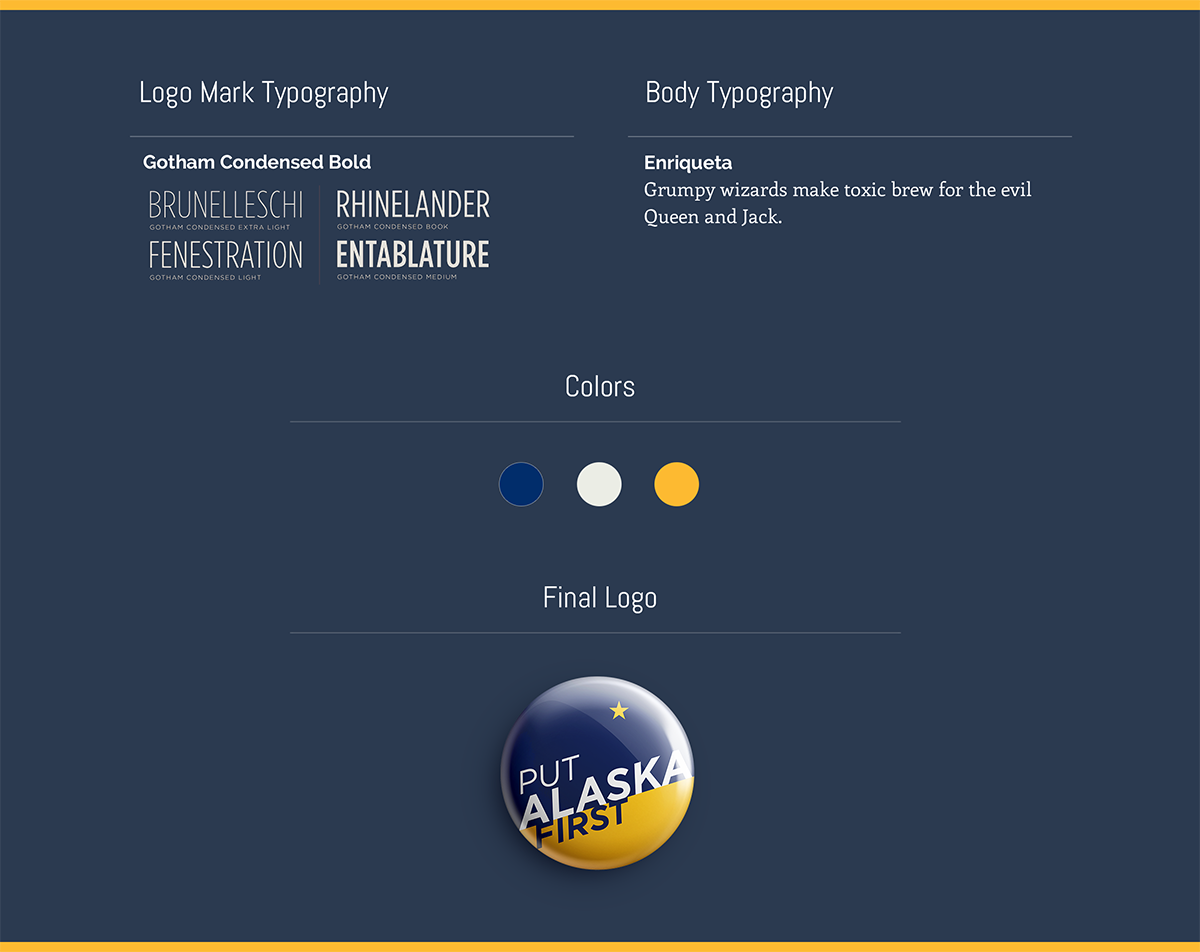 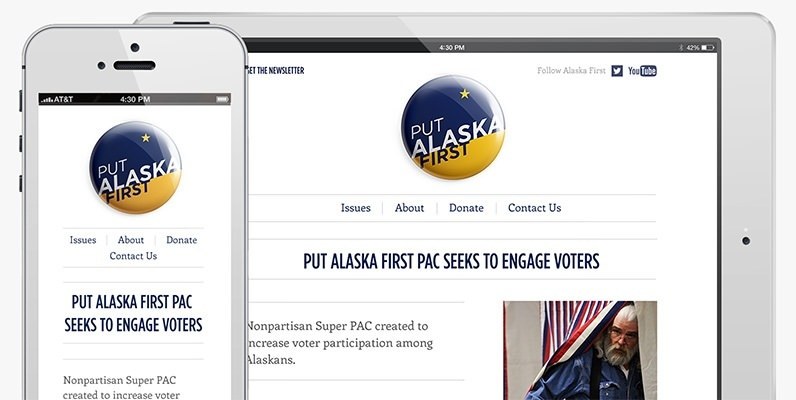